The City of Delray Beach experiences Tidal flooding on its streets more than a dozen times a year. Whether it’s due to a higher High tide, like a King Tide event or whether it’s a storm off the Atlantic that pushes more water than normal into the Intracoastal Waterway during a high tide, several of Delray’s streets and right of ways become inundated during that high tide cycle. Tides only stay high for 3 hours at a time. The problem with tidal waters on the streets and grassed areas is the salt content in the water. It does damage to vegetation within the City’s right of way or private yards. Over time the water will damage the sub base of the City’s roadways.

Delray Beach has experienced noticeable increases in flooding episodes in recent years, often referred to as nuisance flooding. In addition to the notable flooding in the Marina Historic District and low lying areas on either side of the Intracoastal during the Fall and Spring King Tides, impacts from such storms as Hurricane Wilma and most recently Hurricane Mathew have resulted in damage along the coastline. The reported damage from Wilma in Delray Beach was between $100 million and $150 million with $8 million of damage to public buildings. While the specific impacts of rising water in Delray Beach require further study, the Southeast Florida Regional Climate Change Compact’s Unified SLR Projection, described below, makes clear that nuisance flooding will continue to occur and intensify.

Flooding for coastal communities has always been an issue, but sea level rise has increased the frequency and severity of inland impacts from tidal flooding. The City of Delray Beach has included infrastructure projects within our Capital Improvement Plan that aim to reduce the effects of flooding to our residents and business owners. 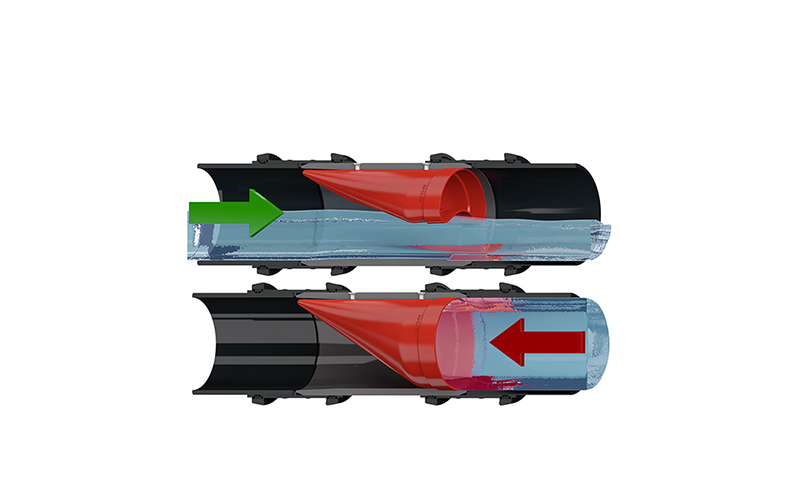 Inline check valves are an effective and aesthetic method employed to prevent tidal backflow in a drainage system. Due to the ease of installation, low maintenance requirement and low head-loss, in-line check valves have become the City’s preferred stormwater backflow prevention measure. 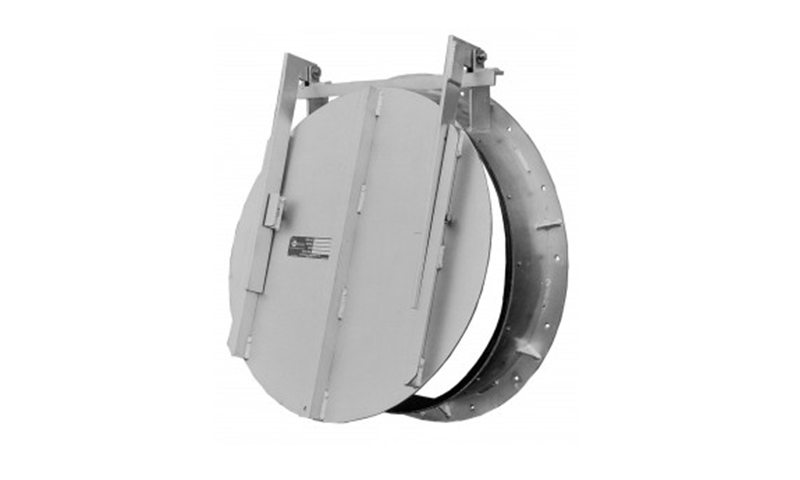 Flap Gates are typically installed at stormwater discharge points directly downstream of stormwater pump stations. They must be periodically maintained to ensure a thorough seal to prevent tidal backflow. 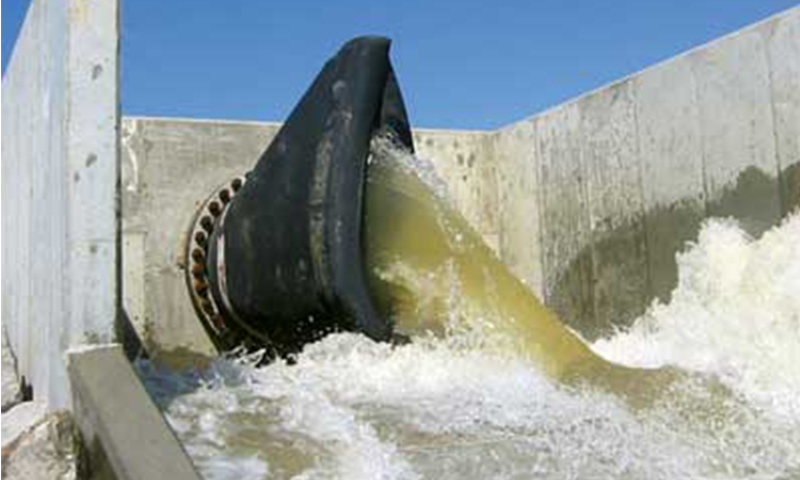 Similar to flap gates, duckbill valves are installed to a headwall or seawall at stormwater discharge points. They require a relative low flow or hydraulic head condition to function, but their exposure to the environment can cause a higher level of maintenance to function properly. The City is currently replacing duckbill valves with in-line check valves. 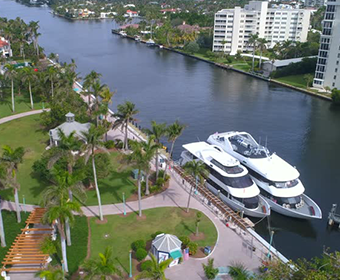 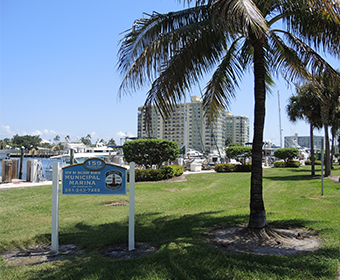 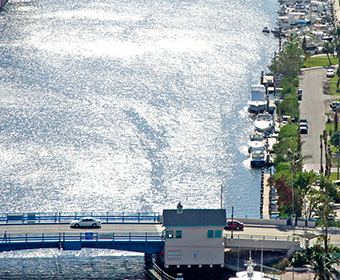 Marine Way is bordered to the north by Veterans Park and Atlantic Avenue, and to the south by City’s municipal marina. The improvements include 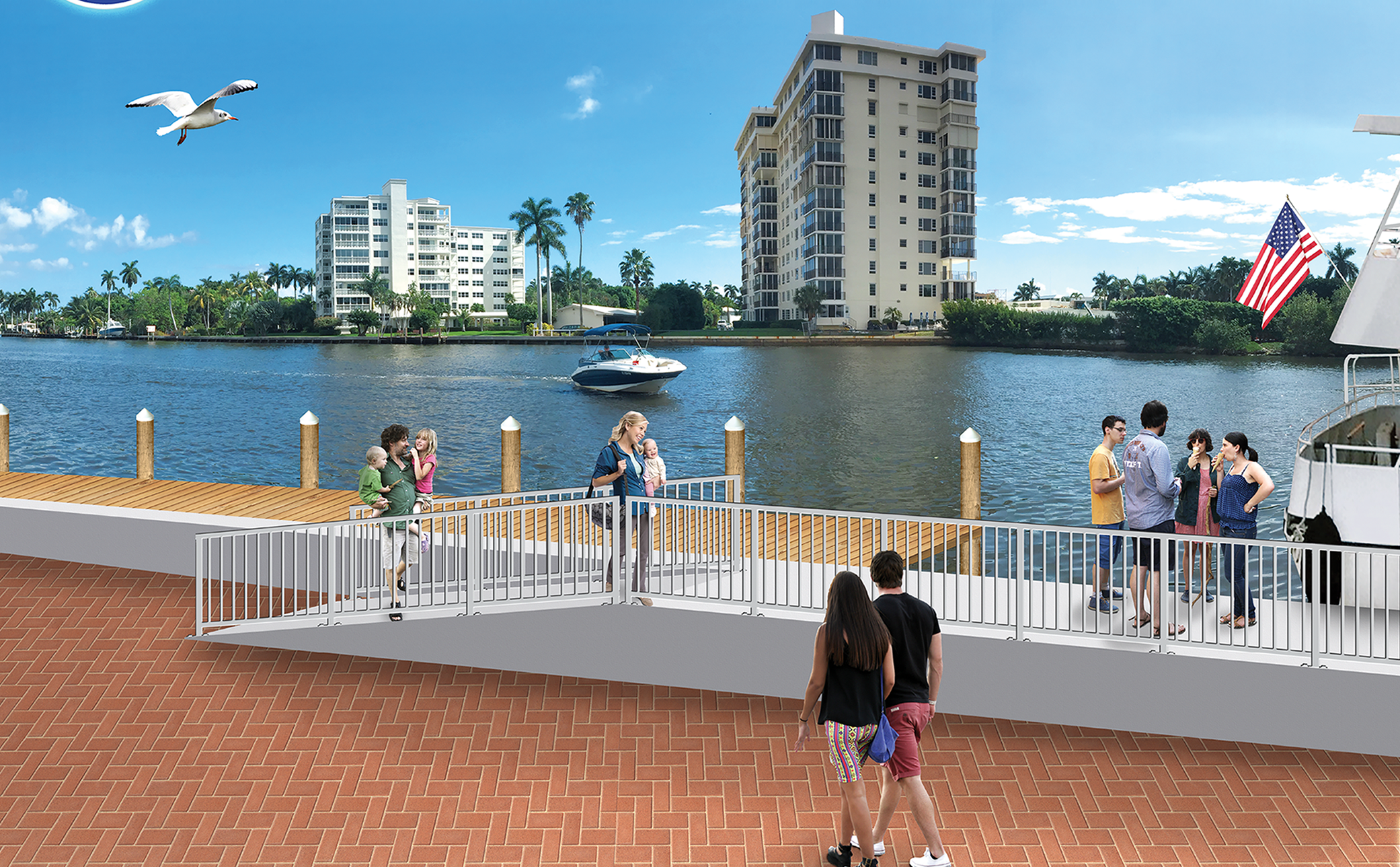 Veteran’s Park, located along the western shore of the Intracoastal Waterway directly north of Atlantic Avenue is comprised of over 650 linear feet of seawall, considered to be in good condition, and approximately 250 linear feet of marginal dock, considered to be in fair to poor condition. The high tide levels and wave action overtop the marginal docks and seawall, which cause additional damage to infrastructure and upland vegetation. The condition of the existing seawall enabled the City to raise the seawall cap as opposed to removing and replacing the entire seawall.

The Veterans Park Seawall Improvement project includes raising the seawall cap, the installation of new marginal docks and improvements to the paver brick walkway. The seawall and marginal docks are being raised approximately 2 feet above their current elevation. 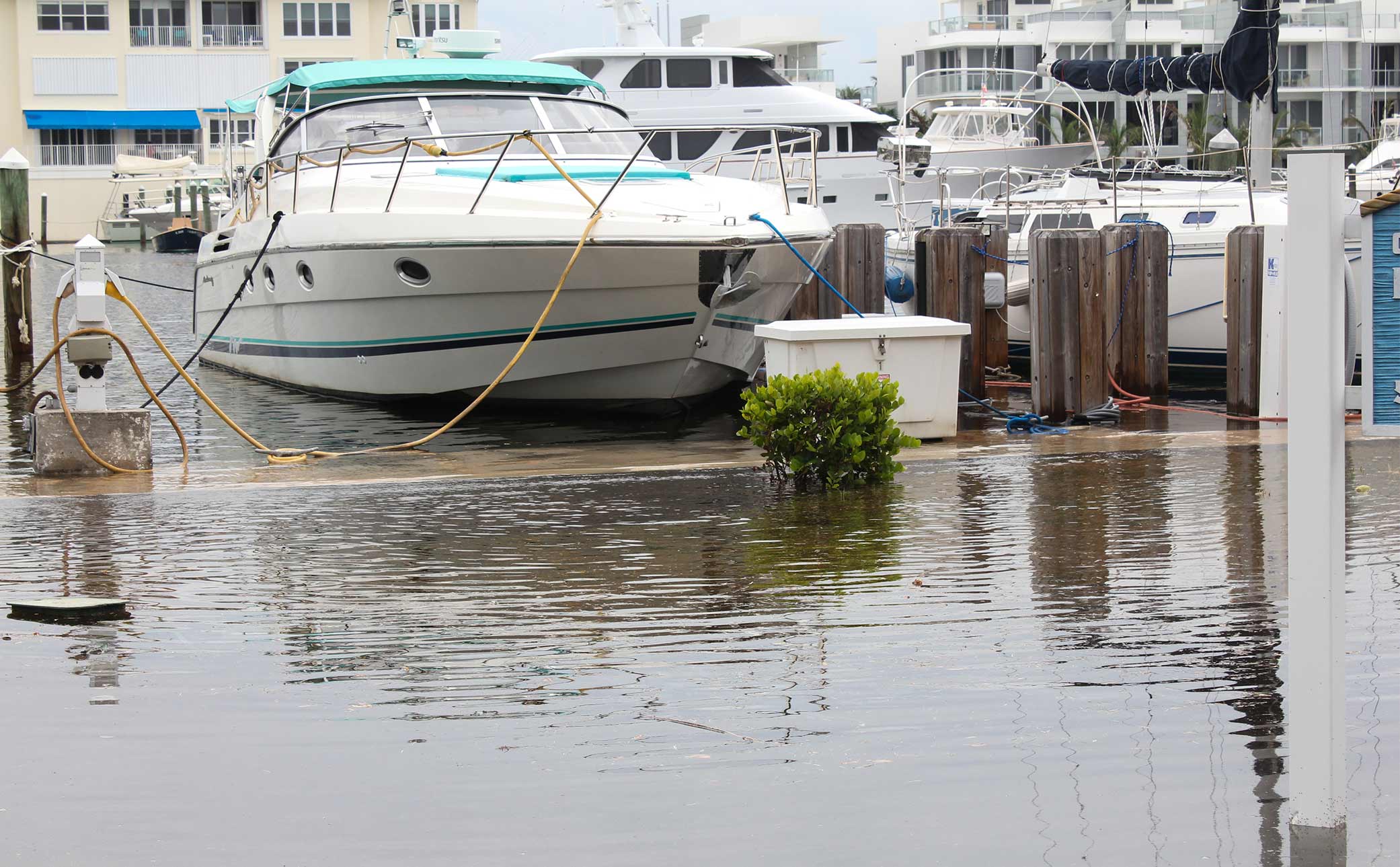 The City’s municipal marina is located along the western shore of the Intracoastal Waterway between SE 1st Street and SE 2nd Street. It is comprised of approximately 700 linear feet of seawall, ten (10) finger piers and four (4) marginal docks, all of which are considered to be in fair to poor condition. The combination of the age of the structures, corrosion from the harsh saltwater environment, high tides associated with sea level rise and wave action from adjacent marine activity have all contributed to the deterioration of the marina. The high tide levels and wave action cause overtopping of the finger piers, marginal docks, and seawall, which causes additional damage to infrastructure and upland vegetation.

The City Marina Improvements project includes the installation of a new seawall, marginal docks and finger piers with corrosion resistant materials. The seawall and marginal docks are being raised approximately 2 feet above their current elevation and the fixed finger piers are being replaced with floating finger piers connected to the seawall cap by an aluminum gangway. Also, the upland portion of the marina is being improved and updated including walkways and drainage improvements.